Tyler Winklevoss, one of the first reported Bitcoin (BTC) billionaires and the co-founder of Gemini, believes the ultimate bull case for Bitcoin means reaching a target of $500,000.

The theory for a $500,000 long-term Bitcoin price is straightforward. Winklevoss believes Bitcoin could overtake gold as the global market’s leading safe-haven asset.

Since the market capitalization of gold is estimated to be $9 trillion while Bitcoin is valued at around $200 billion, this could leave a 45-fold upside.

Does Bitcoin have what it takes to potentially overtake gold?

Investors have relied on three stores of value for many decades, namely gold, oil and the U.S. dollar. But all three have distinctive weaknesses. 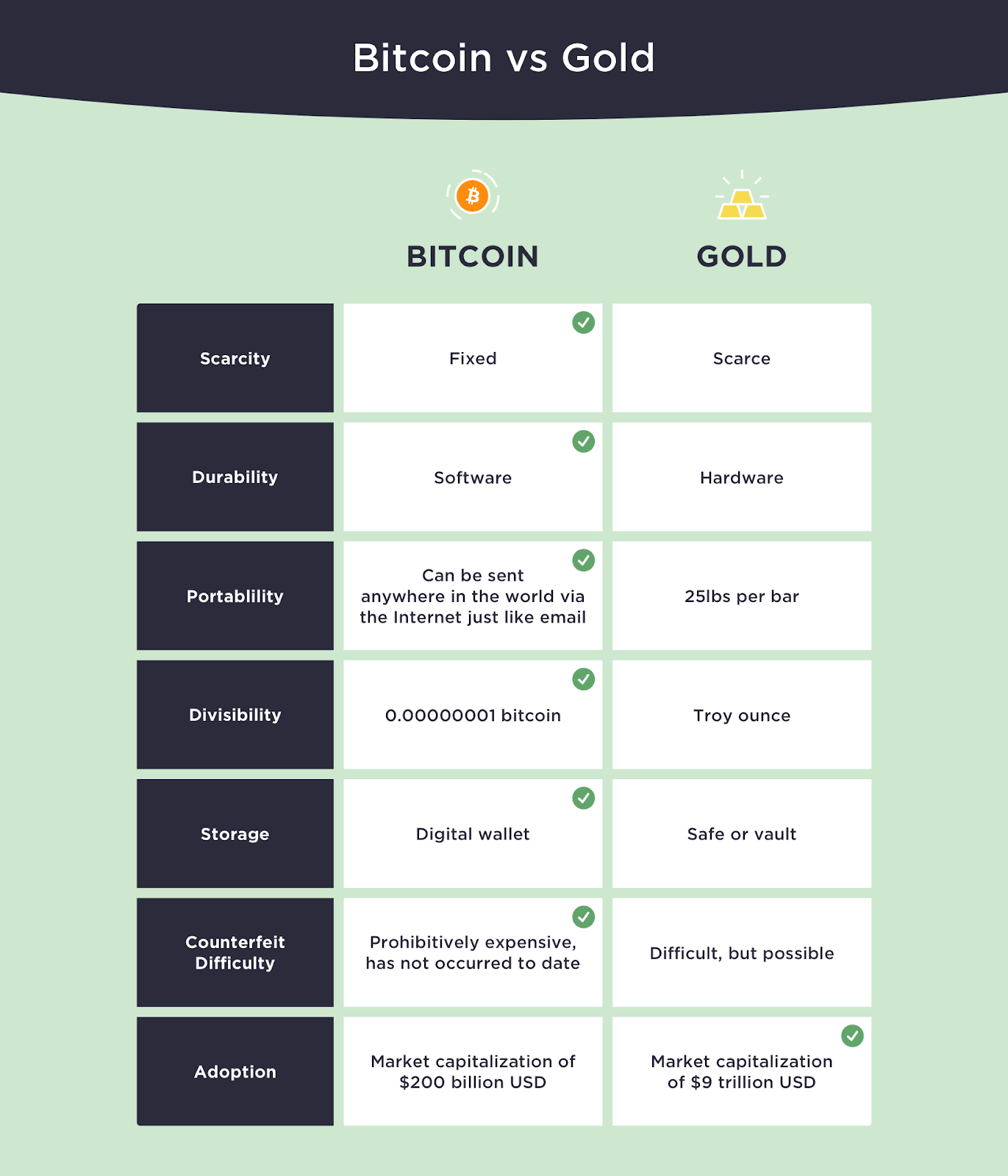 The advantages of Bitcoin over gold. Source: Tyler Winklevoss

Gold and oil are difficult to transport and store, but more importantly, neither have a fixed supply.

As such, if a large supply of both assets potentially gets discovered — although the probability of it is slim — it might negatively affect their value.

“Currently, gold is a reliable store of value and the classic inflation hedge. Supply. The supply of gold is actually unknown. While gold remains scarce or ‘precious’ on planet Earth, the same cannot be said with respect to our galaxy.”

The biggest problem of the U.S. dollar is inflation and the stability of its value. As seen in its performance over the past four months, fears of inflation and economic uncertainty could destabilize the dollar for extended periods.

If inflation occurs in the long term, Winklevoss noted that gold or Bitcoin could outrun capital stored in banks. He added:

With Bitcoin, inflation is not possible due to its fixed supply of 21 million. Unlike gold and oil, it would always remain scarce and it is easy to transport and store. Given these characteristics of Bitcoin, Winklevoss said he believes Bitcoin is the “only long-term protection against inflation.”

“It is undervalued by a multiple of 45”

In recent months, especially following the pandemic in March, the demand for digital products and currencies has soared. The concerns of inflation may further intensify after Federal Reserve chair Jerome Powell confirmed the central bank is looking to exceed its average inflation target. In fact, Winklevoss believes that the Fed is the “biggest booster” of Bitcoin’s value.

As an example, MicroStrategy, a public company based in the United States, recently purchased $250 million worth of Bitcoin to use it as the firm’s primary treasury asset.

Rapid adoption, growing institutionalization, improving infrastructure and rising liquidity could buoy the ultimate bullish case for the valuation of Bitcoin.

“If we are right about using a gold framework to value bitcoin, and bitcoin continues on this path, then the bull case scenario for bitcoin is that it is undervalued by a multiple of 45. Said differently, the price of bitcoin could appreciate 45x from where it is today, which means we could see a price of $500,000 U.S. dollars per bitcoin.”