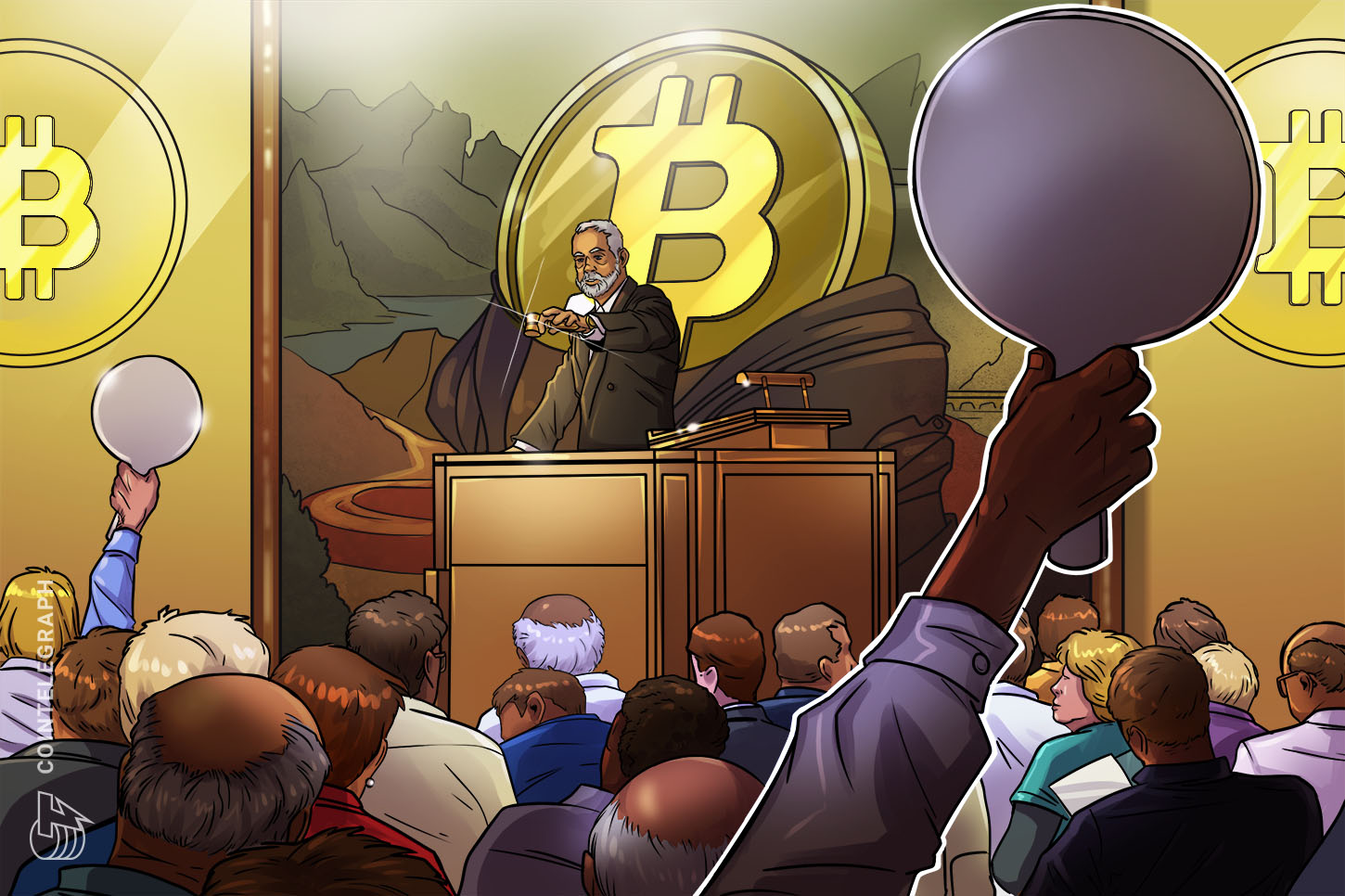 Christie’s is set to sell its first nonfungible token in an upcoming auction of what has been characterized as “the largest artwork” in the history of Bitcoin (BTC).

Art historian turned blockchain artist Robert Alice has created “Portrait of a Mind” — a monumental series of 40 paintings stretching over 50 meters in length.

Drawing on the history of 20th century conceptualism as well as the founding myth of Bitcoin’s creation, “Portrait of a Mind” is a complete hand-painted transcription of the 12.3 million digits of the code that launched the cryptocurrency.

By scattering the codebase into 40 globally distributed fragments, the project will “draw up a global network of 40 collectors where no one individual will hold all the code,” Alice said. He explained:

“In each work, an algorithm has found a set of hex digits that together are highlighted in gold. These read a set of coordinates that are unique to each painting. 40 locations across 40 paintings – each location is of particular significance to the history of Bitcoin.”

Speaking to Cointelegraph, Alice said he remains curious as to why much of the commemoration of Bitcoin emphasizes the publication of the whitepaper over and above the codebase itself, which, for him, is “the real historical document.”

The piece includes a unique fungible token as an integral part of the work and will be offered at an estimated price of $12–18,000.

Early collectors of paintings from “Portrait of a Mind” include Binance founder Changpeng Zhao and Bloq chairman Matthew Rozsak. Alice has said that by showcasing and selling an NFT at Christie’s, he hoped to spur other contemporary artists to take a look at the NFT space.

Aside from the creative inspiration artists can draw from cryptocurrencies’ complex cultural, technical and politically dynamic history, NFTs can also give artists “more control and a better stake in their practice over the long term,” he said.

Just last week, Cointelegraph reported on the auction of a digital art piece based upon Bitcoin’s fluctuating price action, which sold for over $100,000. Like “Portrait of a Mind,” the artwork integrated an NFT to vest its collector with tokenized ownership rights.

LiteBringer Brings More Light On Litecoin as Transactions Heat Up