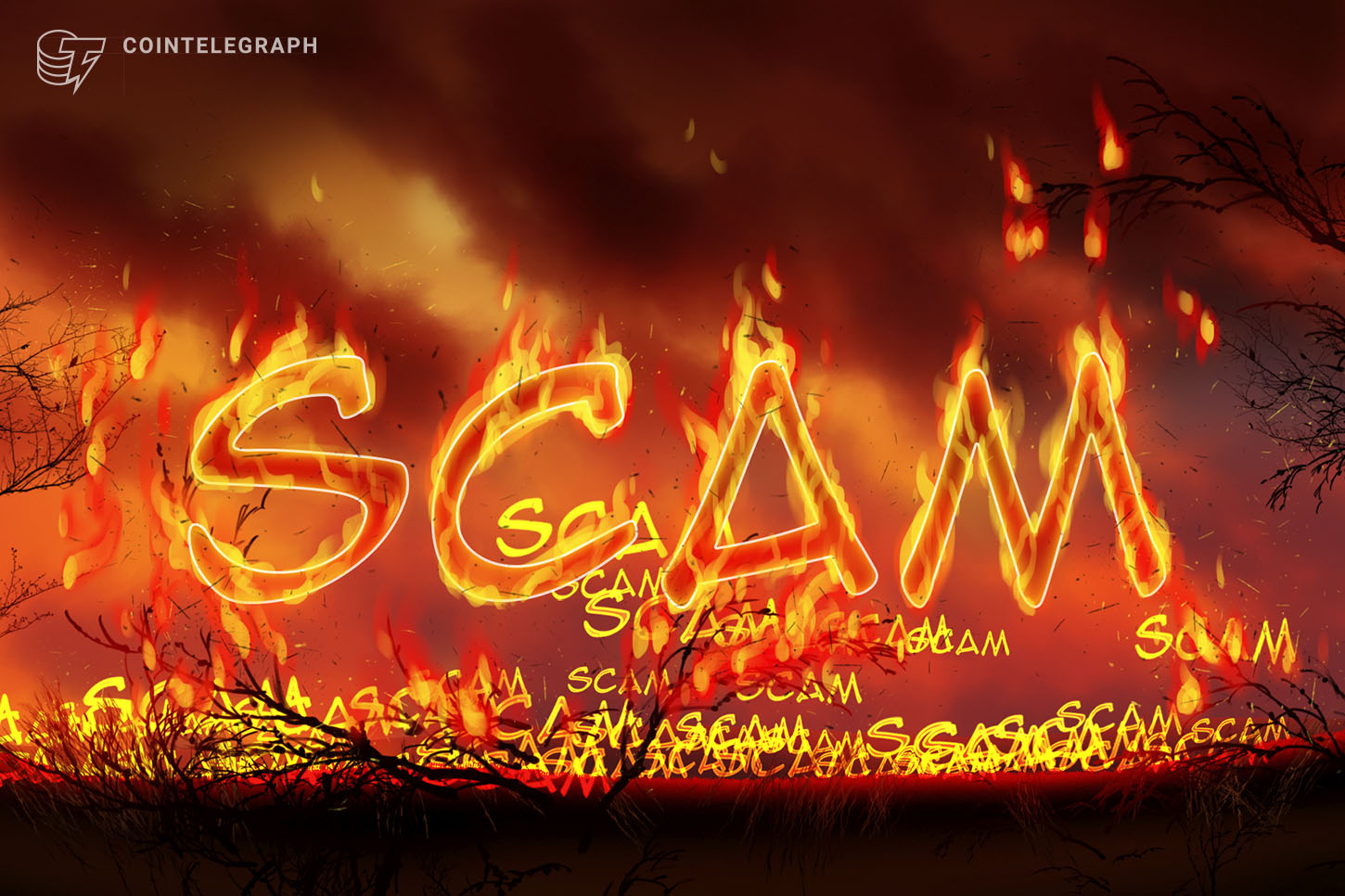 For those active in the decentralized finance arena, hardly a day goes by without a report of one project or another “exit scamming” its investors. From rug-pulling to fake presales, DeFi experts and novice traders alike are bleeding valuable Ether (ETH) from these scams.

With DeFi creating a market segment where project initiation cost is near zero, rogue actors now have the perfect environment to continuously siphon funds from victims. Aided and abetted by a rabble of social media shills and the current climate of frenzied yield-chasing, these crypto con-artists are able to cart away huge sums of money that run into the hundreds of millions of dollars.

Instead of DeFi helping to democratize access to global finance, the emerging market niche is becoming overrun by scams. The sheer volume of swindles, rip-offs and other unsavory market practices seem to have also contributed to noticeable price-cooling in the sector, with investors growing wary of new projects.

As far as scams go, the ones seen in the DeFi space follow the same basic playbook. Anonymous founders create a new project that is typically copied from existing token contract code and make minor changes to parameters such as total supply.

Typically leaning on whichever trend has most recently gained the DeFi market’s favor, these con artists flood Telegram groups and other social media platforms. With the help of “moon boys,” or paid shills with considerable Twitter followership, project creators get the word of mouth rolling about their supposed new DeFi “gem.” All these scams share the same premise: low market capitalization brought on by a limited supply of tokens guaranteeing huge returns for early adopters or around 1,000% gains.

However, with these projects centered around price and having little or no consideration for useful tech, the zero-sum game plays out as a steep decline in valuation that leaves most adopters holding bags of worthless ERC-20 tokens. For Douglas Horn, chief architect of the Telos blockchain network, the success of these scams thrives on unbridled desire for quick gains in the crypto market, as he told Cointelegraph:

“Any time you are chasing this type of FOMO market action, then you’re already making a mistake because you are betting on your ability to make a profit by being faster than the masses, knowing that it is impossible for all or even most participants to pull this off. That is always going to end in tears for most participants and is an extremely poor investment strategy. […] Good investments don’t have that level of FOMO or time crunch.”

When not rug-pulling, some project developers are adding malicious lines of code designed to steal funds from their users. Yield farmers on the dubious UniCats protocol recently saw their entire token balances siphoned by a rogue developer.

Hiding behind anonymity, project creators and promoters alike prey on the gullibility of some crypto investors. In some cases, these rogue actors elect to use the long-con approach of cultivating a huge following and appearing to be against scams. Once their social media pull reaches a certain level, they advertise a token presale for a new yield-generating machine. Based on trust garnered by the project creators, investors pile in with their ETH and the con artists soon disappear with the funds.

Amid the litany of fake coins listed on decentralized marketplaces like Uniswap comes the need to arm investors with useful information to avoid becoming victims. Given the novel nature of the sector, there is still a considerable knowledge gap among investors that makes them easy targets of these crypto con-artists. Malcolm Tan, a board member at automated market maker platform KingSwap, told Cointelegraph that the onus is on investors to do their own due diligence:

“It is very important to look at the team and founders, and check their LinkedIn profiles and those of their advisors to see that they have actually listed the said project. […] Read all you can about the projects and make sure to think about how you would get your money back if you put it into the project — meaning that the projects that do not even state their location or jurisdiction nor have any known faces that you can look to if things go south, shouldn’t be touched.”

According to Michael Gu, founder of popular crypto YouTube channel Boxmining, DeFi investors need to adopt the philosophy of “don’t trust, verify.” Writing to Cointelegraph, Gu advised yield chasers to become adept at researching DeFi projects, adding that anyone can easily check “how much a developer has built in terms of code, to ensure they’re not lying or embellishing,” adding:

“Spending the time to research is key, personally I spend up to six hours a day on research alone. Right now, the best way to avoid scams is by verifying facts — which includes looking at the smart contract code and GitHub repositories. This is the best part about DeFi as smart contracts are open-source and open to everyone to verify and validate.”

As rug-pulls are made possible due to unlocked project liquidity, it has become popular for investors to check whether the developers of a new token have locked the liquidity using services like Unicrypt. Even with locked liquidity, malicious codes hidden in the contract can also present a backdoor for rogue actors to drain funds. For example, in February 2020, hackers were able to exploit a code weakness to execute flash loan attacks on the decentralized lending protocol bZx, resulting in a loss of around 1,139 ETH, worth around $1 million at the time.

Taking the shine off a legitimate crypto niche

Aside from the significant losses incurred by victims of these scams, the sheer volume of fraudulent activity is reportedly taking its toll on the DeFi market as a whole. As was the case with initial coin offerings, fake projects are impeding attempts to bootstrap the democratization of global finance.

Commenting on the negative impact of these scams, Horn told Cointelegraph that blockchain should represent transparency and trust, but “instead, it’s most prominently associated with these scams and unaudited code the same way that the failure of many ICOs to deliver on their promises helped sink crypto in early 2018.” According to Horn, the current situation in the DeFi space is escalating even further than that seen during the ICO craze:

“DeFi cycles are happening at a much faster pace. All of this detracts from the amazing potential for democratized finance to build powerful systems and self-created derivatives from chaining together many different financial primitives. Someday this will change the world, but not until there is more stability and quality to the offerings.”

There is an emerging trend in the DeFi space that has seen the market transition from yield farming to “Ponzinomics,” with rug-pulls and fraudulent presales becoming an everyday occurrence over the past few weeks. For Gu, these scams threaten to deflate the hype and enthusiasm surrounding the DeFi space:

“These scams are affecting people’s interest in yield farming, which is the main draw for people since some farms promised unrealistically high returns not seen before. And with the interest and returns in yield farming decreasing due to people’s fear of scams, the corresponding interest in DeFi in general is also losing steam.”

However, not every stakeholder shares the opinion that these DeFi scams are the death knell of the emerging crypto market. Rafael Cosman, co-founder and CEO of stablecoin issuer TrustToken, told Cointelegraph that the DeFi space can overcome challenges brought on by rogue actors:

“Every new technology is subject to bad actors that, all too often, are also early adopters. Edge technology has frequently been a draw for moneymaking scams, pornography, or the sale of illicit goods — but when good, creative people keep building, you get technologies like the modern internet. […] I predict DeFi will keep innovating, consumers will keep getting smarter, and the standards will keep increasing on what qualifies as worth putting your funds into.”

Foresight or folly? Data show 70% of exchanges are unmoved by DeFi volume