Soaring decentralized exchange volume suggests the DeFi craze is not over

Uniswap, the most widely utilized decentralized exchange on Ethereum, has seen explosive growth throughout the second quarter. In fact, less than a month ago, Uniswap’s trading volume surpassed Coinbase Pro as the exchange processed $426 million worth of trades in a 24 hour span.

Throughout 2019, the decentralized finance (DeFi) market was relatively stagnant until the concept of yield farming and governance tokens became more popular. Yield farming is a process where investors utilize various DeFi protocols that generate high yield in exchange for providing liquidity.

In most cases, the yield comes from the value of the governance token and in addition to staking the DeFi-token, users also deposit cryptocurrencies like Ether (ETH).

As an example, Yearn.finance (YFI) launched without any premine, unlike many DeFi-related tokens. Instead, users staked crypto assets to farm YFI in its early days, allowing for the decentralized distribution of YFI.

The model became widely known and more attractive when Compound and its governance token COMP launched. After COMP’s successful launch the DeFi market saw a significant spike in the emergence of governance tokens.

Consequently, many users hoping to either earn lucrative yields reaching as high as 35,000% or purchase the ‘next’ YFI token started to buy and sell governance tokens from decentralized exchanges.

The advantage of Uniswap over major centralized exchanges is that users do not have to wait for token listings.

On Uniswap, users put up liquidity and create their own token pairs, which enables DeFi users to trade new tokens.

The overwhelming demand to buy and sell DeFi governance tokens caused Uniswap to gain popularity over centralized exchanges within DeFi.

As such, compared to other decentralized exchanges, Uniswap saw parabolic growth from July to September. Currently, the decentralized crypto exchange market processes around $20 billion a month and the vast majority of the monthly volume comes from Uniswap.

In the last 12 months decentralized exchanges facilitated $44.617 billion in trades and with October approaching, the market is on track to process half of that, depicting the rapid growth rate of the space.

As Cointelegraph reported, Uniswap released its own governance token called UNI and the exchange took a rather unique approach to distributing the token. Rather than the staking model, Uniswap airdropped all of its users 400 UNI and at its peak the tokens were worth roughly $3,200. 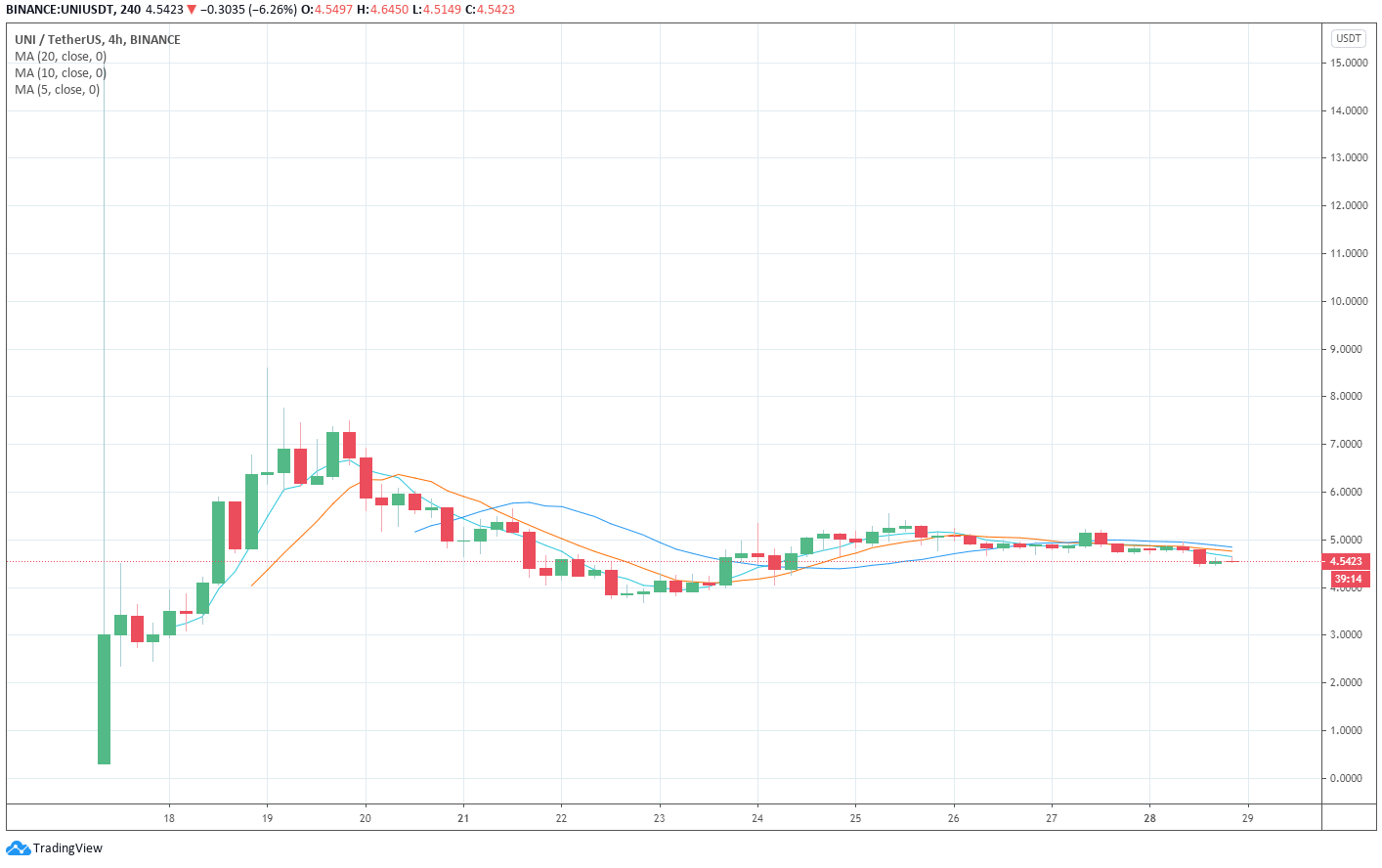 The launch of the governance token is critical for Uniswap’s sustainability and the official documentation allocates 17.65% of the token’s supply to the team but it is vested over four years.

The allocation ensures stable development and maintenance of the Uniswap protocol while also allowing the community to lead the protocol’s governance. The document reads:

“A community-managed treasury opens up a world of infinite possibilities. We hope to see a variety of experimentation, including ecosystem grants and public goods funding, both of which can foster additional Uniswap ecosystem growth.”