Bitcoin (BTC) futures volume and open interest are declining rapidly. Data shows that since the September peak, BTC futures volume has dropped by 60% from over $25 billion to around $10 billion. 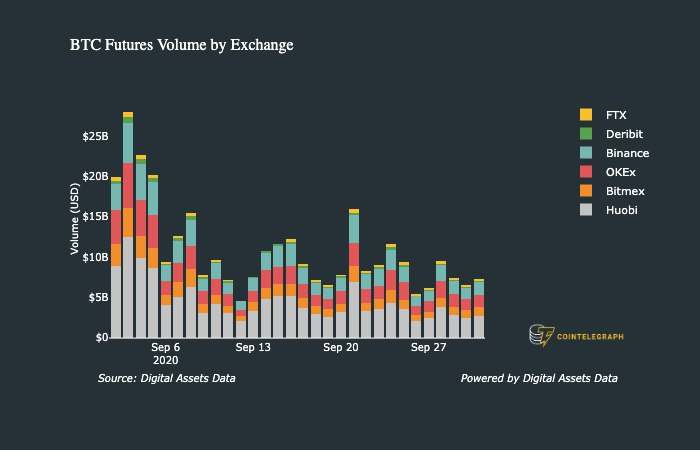 While the decline in trading activity could ostensibly seem like a negative metric, it could also indicate that a bull cycle is emerging.

The Bitcoin futures market represents most of the overleveraged trades in the Bitcoin market and popular platforms like Binance, BitMEX, and ByBit enable leverage of up to 125x.

When traders are highly leveraged, they are vulnerable to liquidation. For instance, if a 10x long contract placed at $10,000 is liquidated at $9,000, it forces the buyer to market-sell the position.

Assuming there are a large number of traders in similar positions, this increases sell pressure and can catalyze a major sell-off in Bitcoin price.

If the futures market open interest and volume spike, it puts Bitcoin in a vulnerable position and raises the probability of cascading liquidations like those seen during the infamous Black Thursday when over $1 billion worth of futures contracts were liquidated as Bitcoin price plunged below $3,600.

The drop in futures volume can be perceived as a potentially bullish event as typically a small price movement could turn into a major price swing if mass liquidations are triggered at a certain price level.

As such, the declining volume and open interest of the futures market could set the stage for a stable and prolonged rally to take form. 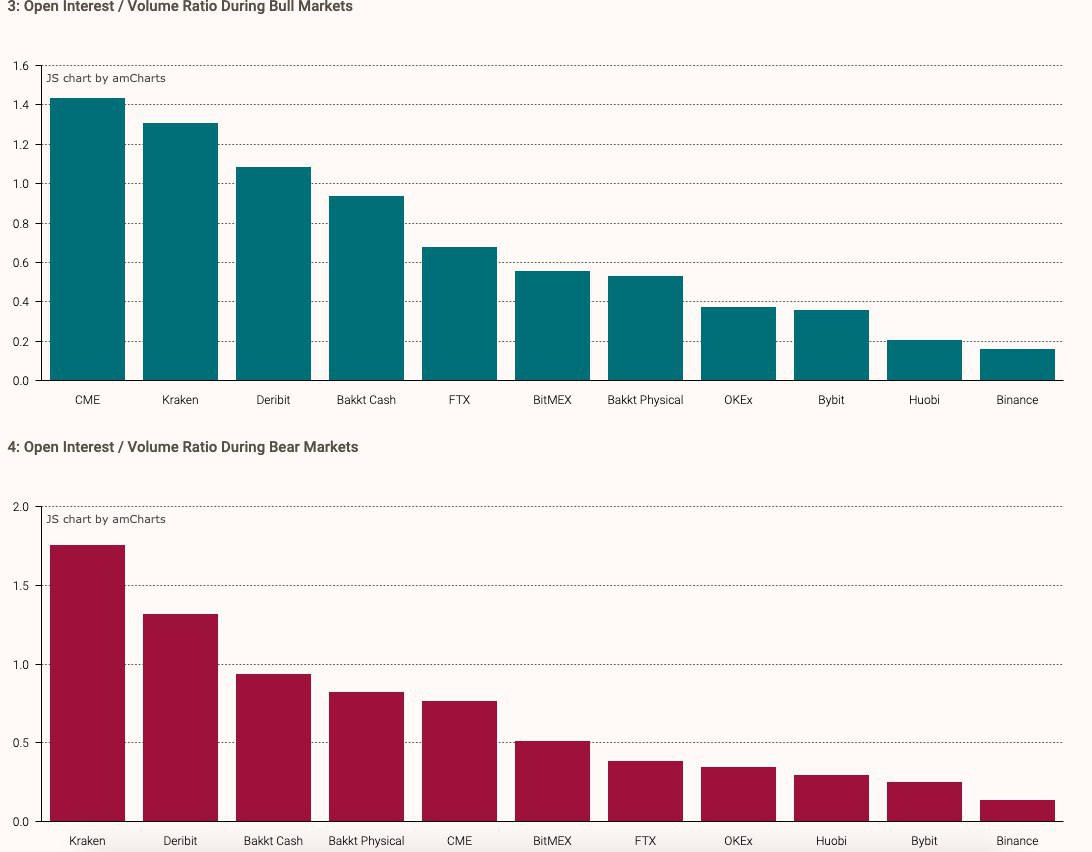 Open interest and volume of Bitcoin during bull and bear markets. Source: amCharts

During bull markets, there are often multiple spikes in open interest but the market stays neutral for a prolonged period, allowing spot volume to pick up. As shown in the chart below, while the futures market volume has dropped, spot volume has slightly increased.

While not featured on the chart, LMAX Digital, a Bitcoin spot exchange that tailors to institutions, recently overtook Coinbase to become the largest spot exchange.  Kyle Davies, the co-founder of Three Arrows Capital, explained:

“Indications BTC is not a niche cottage industry: 1) BTC has strong correlation with equities and commodities but you only trade crypto 2) LMAX is the largest BTC USD spot exchange but you don’t have an account there 3) Trad billion $ entrants whom you have never heard of.”

Considering the increase in institutional demand, the rise in spot volume, and the declining futures open interest, the ongoing trend can be considered bullish.

What traders expect in the short term

In the near term, traders expect continued consolidation under the $11,000 resistance and this could extend the trend of decreasing volume in futures.

“My current outlook, either local top is in or another spike to take out stops. A lot of liquidity left below price.”

Fiat inflation has cost Bitcoin hodlers 20% over the past decade